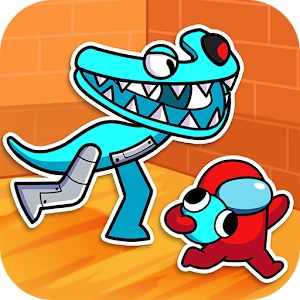 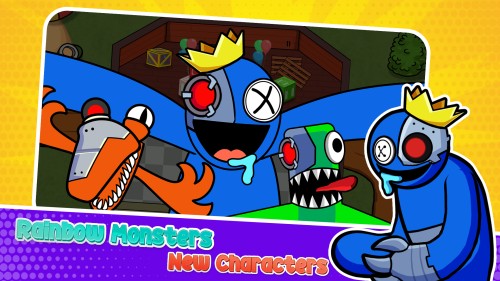 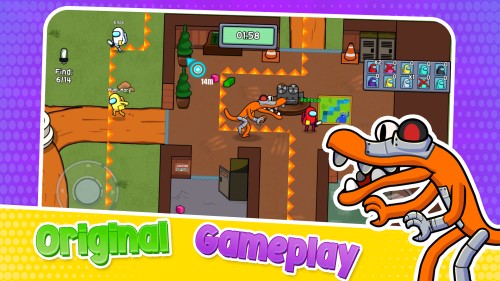 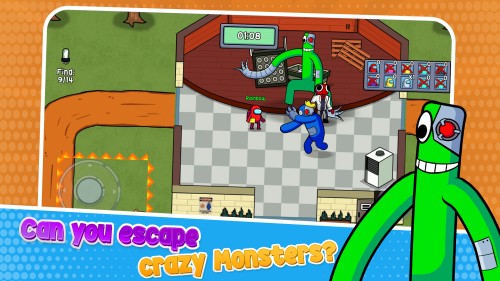 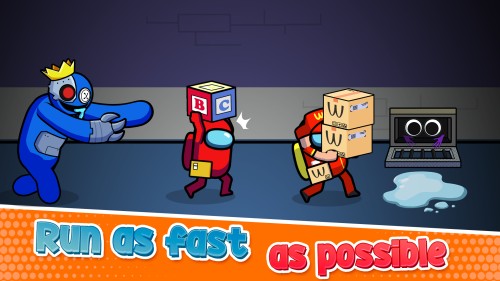 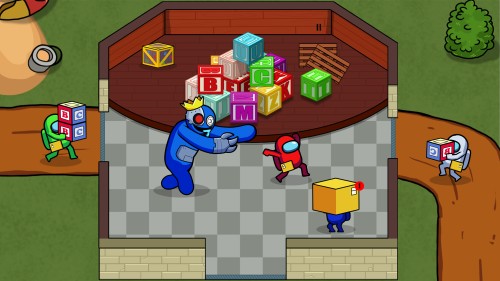 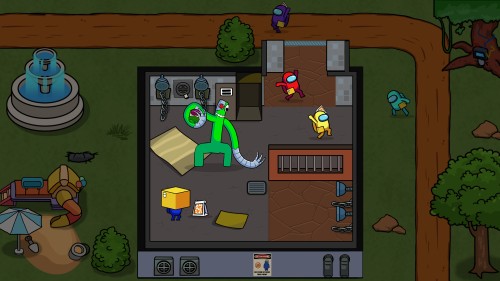 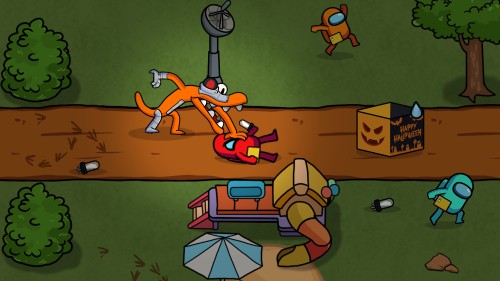 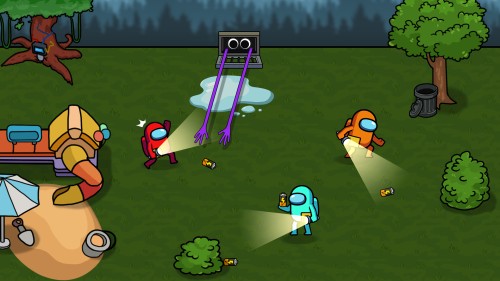 You have to look for blocks, feed monsters, repair the car and more. The red monster will be your guide.

Blue rainbow monster is the scariest monster in rainbow games. He wanders around the map in search of you, as indicated by his stomping and laughing. He will chase you if you don't hide in a locker or a box.

The green rainbow monster is always on patrol, however, he is blind, so in order to avoid this beast, it is necessary to make as little noise as possible. Don't make a single move.

The orange rainbow monster needs to be constantly fed so that he does not go out to play. Fortunately, there is an orange line that shows where the orange monster is when patrolling, so you can quickly hide.

To avoid the purple monster, you just need to make sure and check the vents. If you don't see that your eyes or hands are sticking out of there, then you can safely walk past.

Listen to the footsteps and other sounds in the game if you don't want to be caught by the rainbow guy. Playing with headphones is the best way to escape! Avoid the rainbow guy to survive!

Do Not Fall .io