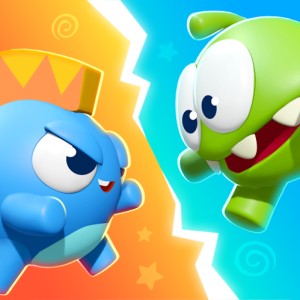 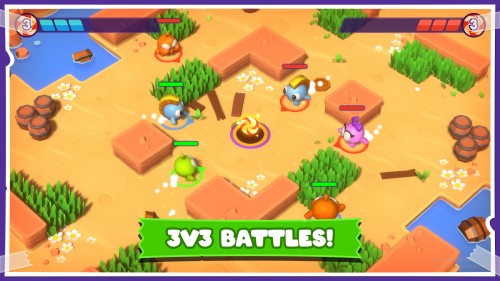 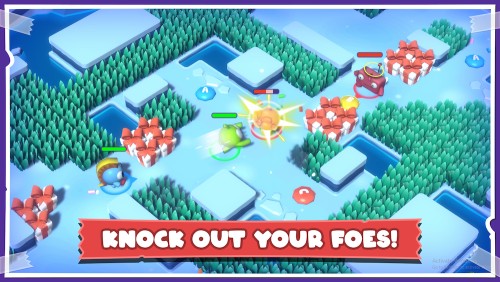 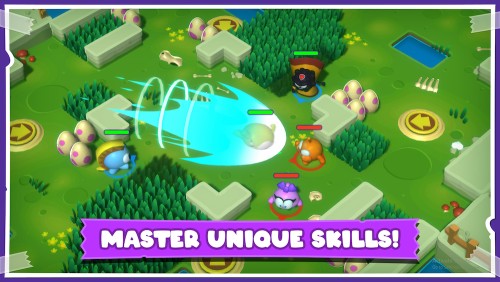 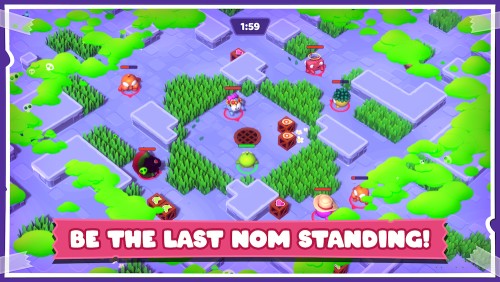 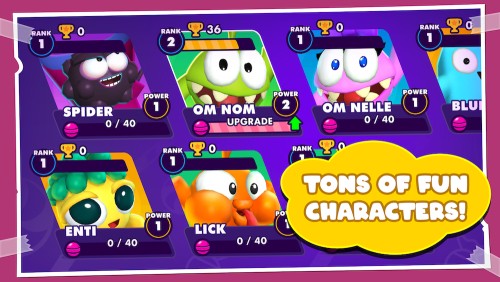 Om Nom Knockout is a fun MOBA for Android, in which you will fight with other players in the role of Am Nom and other cute characters!

By downloading the Om Nom Knockout game, you will be able to join exciting 3-on-3 battles with players from all over the world!

Choose from various characters with unique abilities and join the battle.

Players can take the collected candies from each other. To win, the team needs to collect and hold 10 candies during the match!

Download Om Nom Knockout 1.0.10 APK
[170.5 MB] (downloads 93)
How do I install the game?
Share it with your friends:
games in russian online games MOBA
Similar Games on Om Nom Knockout: